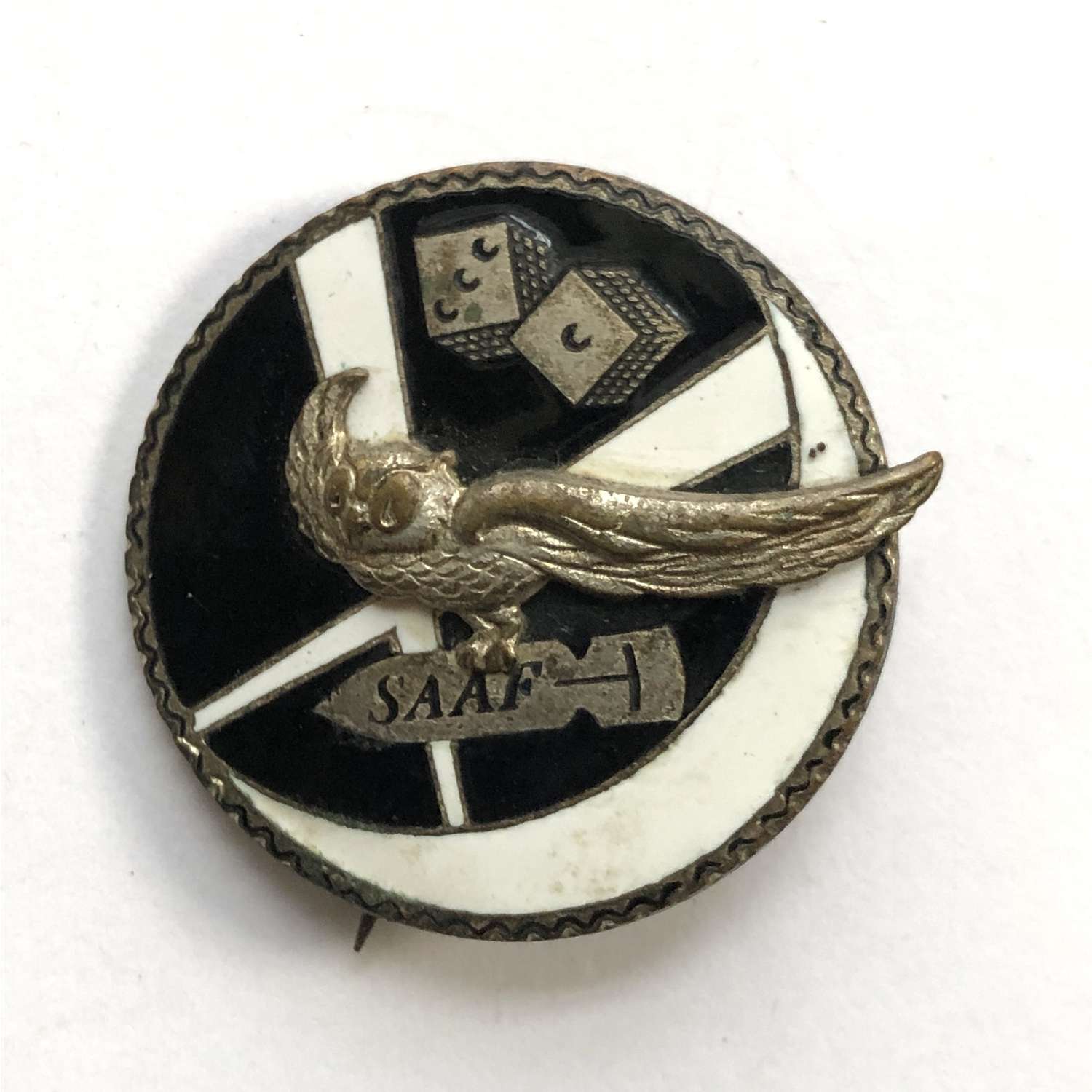 Good rare example from a heavy bomber squadron based in the Mediterranean. Black enamel disc with whit enamel crescent moon and two searchlight beams an owl flying among searchlights and a dice showing 3 and another 1. Central an applied flying owl on a bomb marked SAAF.
Squadron formed December 1939, flew B-24 Liberators over Crete, Ploesti and Warsaw and later transported POWs from Italy to England, disbanded December 1945 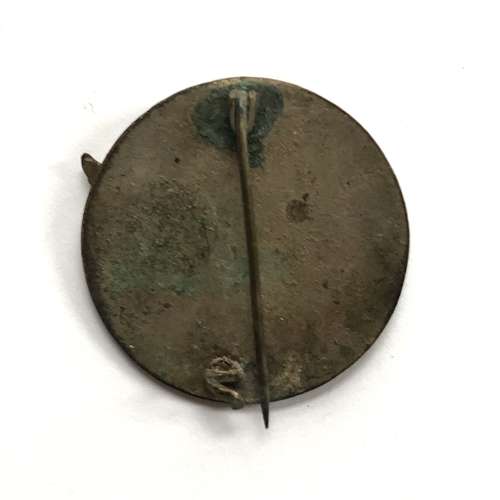