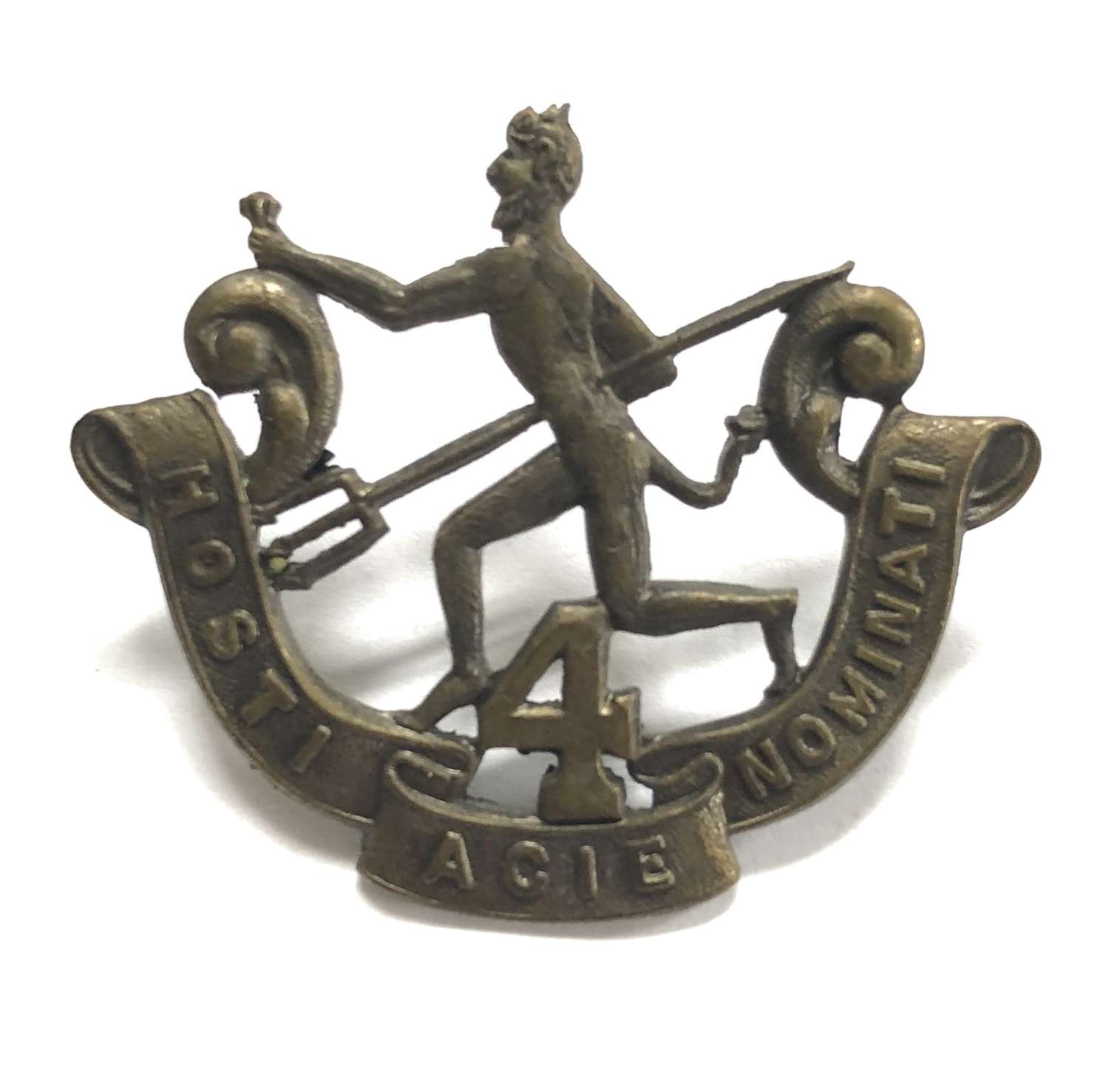 Good scarce die-cast bronzed Devil with trdent over '4' restimg in tri-part motto scroll. Two flat type loops tib reverse which idstamped Birks 1916.
Raised in Winnipeg and District with mobilization headquarters at Winnipeg, Manitoba under the authority of G.O. 69, July 15, 1916. The Battalion sailed May 3, 1917 under the command of Lieutenant-Colonel G.K. Watson with a strength of 15 officers and 372 other ranks. In England, the Battalion was absorbed into the 18th Reserve Battalion. It was disbanded on September 15, 1920. 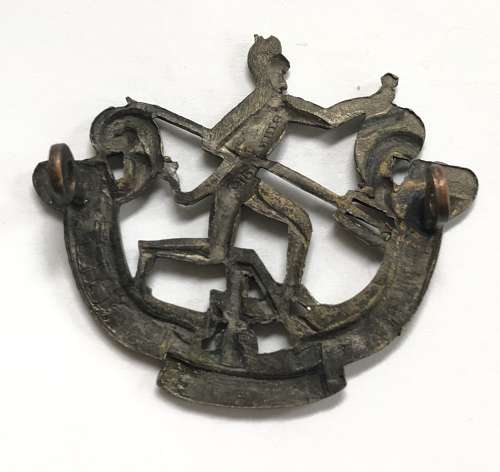