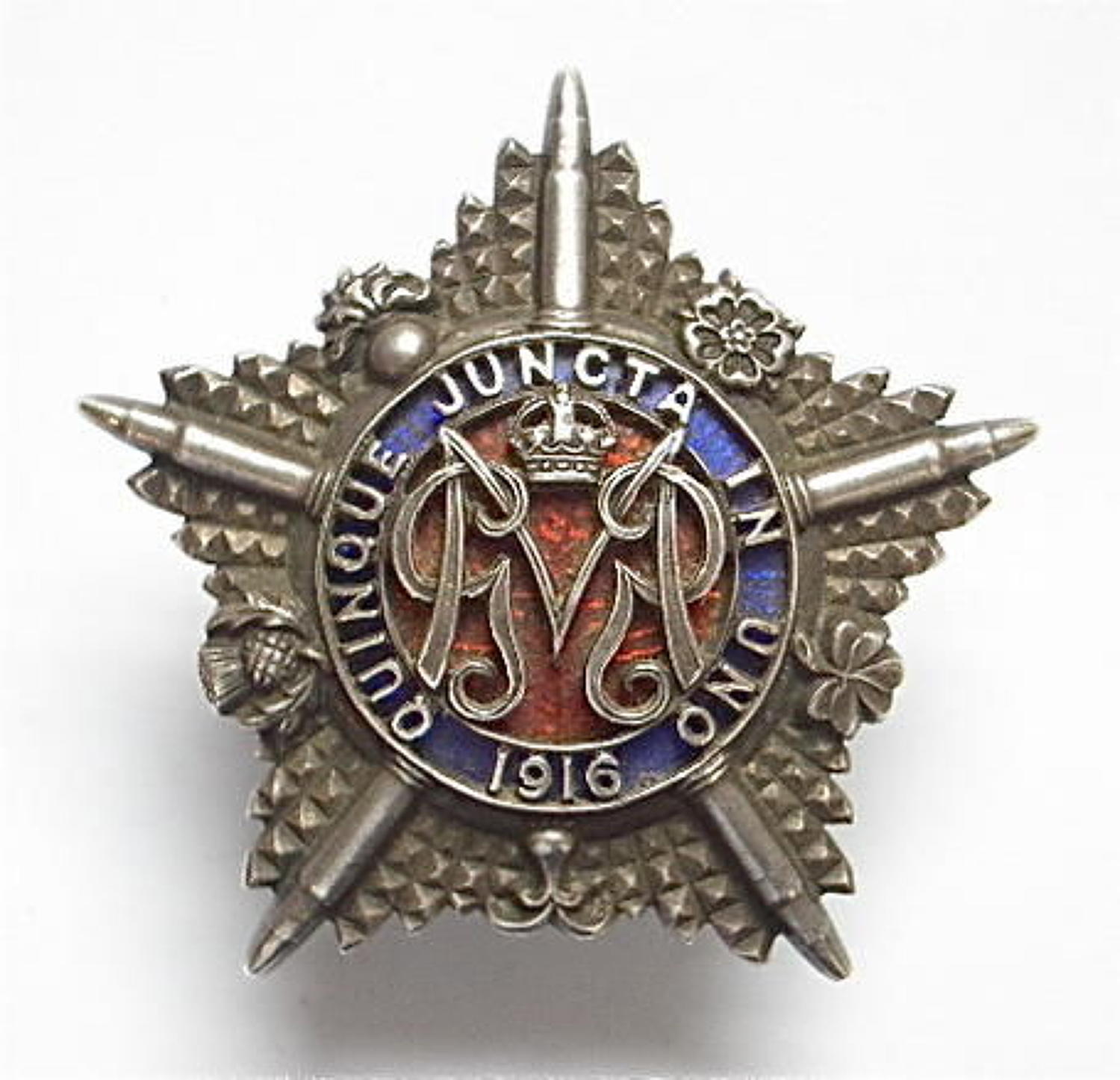 A fine rare example by J & Co. (Jennens) bearing Birmingham hallmarks on both the reverse of the star and the backing plate. Cut silver five pointed star with pierced circlet inscribed “Quinque juncta in uno 1916” on a blue enamel ground. To the centre a crowned GMG cypher on a red translucent enamel ground. The principal points of the star in the form of a bullet, between the bullets, the grenade, Rose, Thistle, Shamrock and Leek. Two stout loops to reverse.
Redesignated 8th May 1918 as Guards Machine Gun Regiment 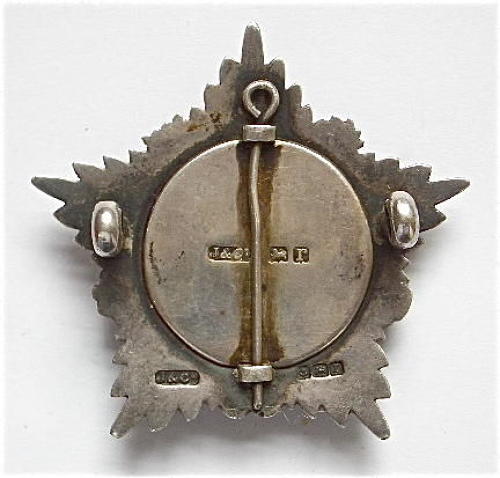